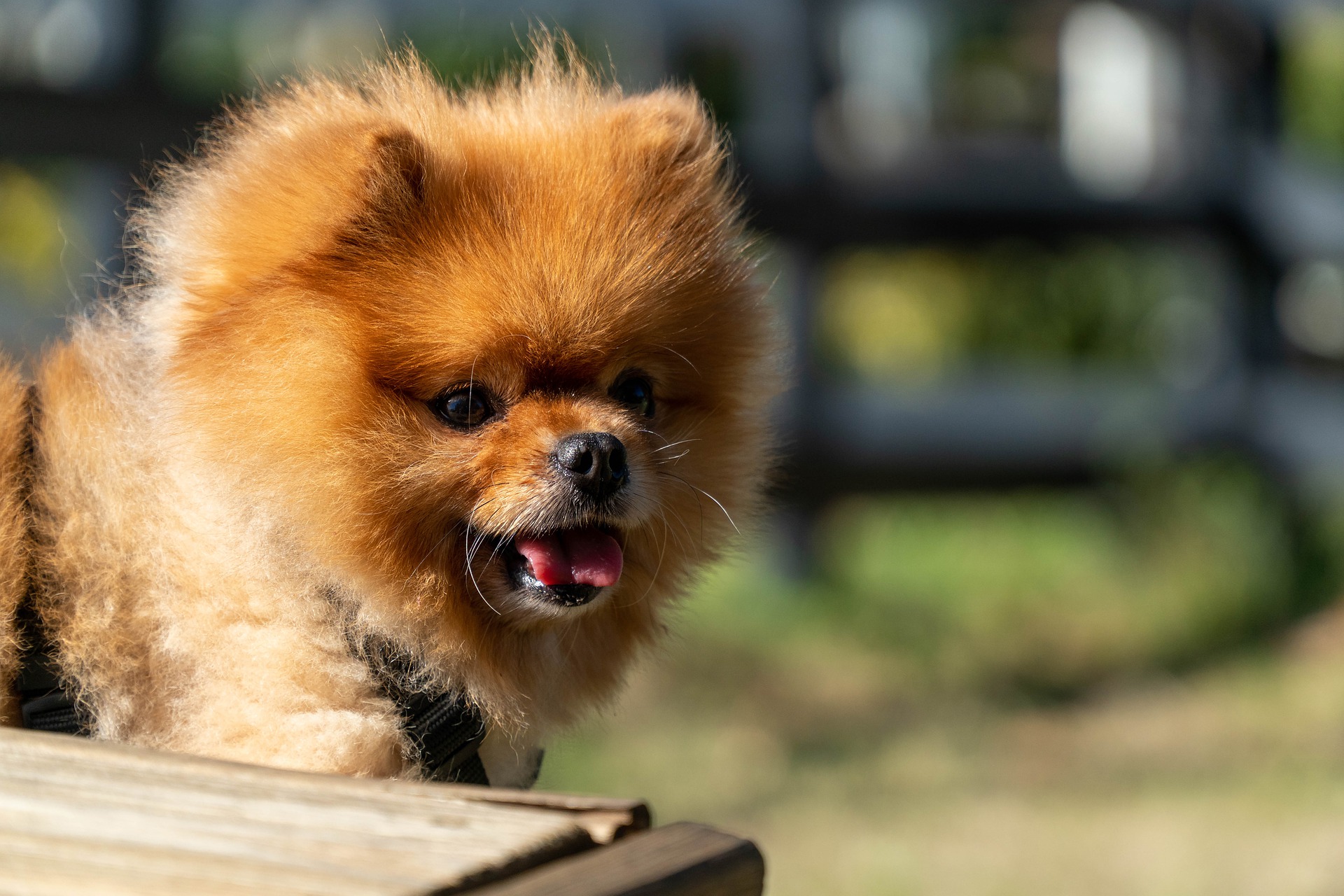 Pomeranians are tiny fluffy dogs that have exploded in global popularity numbers. These tiny critters make great pets for people of all ages and thanks to their small size, they fit into almost any home. They are part of the Spitz family of dogs which includes its much larger cousins Siberian Huskies, Shiba Inus, and Chow Chows. They weigh in at less than 5 pounds which makes them perfect lap dogs, especially for older owners who might struggle to handle a larger pup.

Their adorable looks and charming personality have also made them internet celebrities, with Boo the Pomeranian having more than 15 million followers on Facebook! They come in an incredible array of colors and combinations, 23 to be exact. But there are lots of things to consider when deciding whether to buy a Pomeranian, so here are a few of the major pros and cons of Pomeranians to take into account.

Pros of Owning a Pomeranian

1. They Can Be a Lifelong friend

When you choose your new furry friend, you are committing to a lifetime of friendship. That’s one reason why small dog breeds are incredibly popular as they have significantly longer life spans than big breeds. A major pro of Pomeranians is that they are known to live around 12-16 years and it is not uncommon for them to live as long as 18 years. This means your puppy can see your children through school and even see them graduate college!

Pomeranians don’t deal well with stress or too much activity around them. So to ensure a happy, healthy dog it is best to keep them in a stress-free, non-chaotic environment. It is also suggested that you should provide them with filtered water as the microscopic toxins in our water may have a bigger impact on their tiny bodies.

It is a given that even a small apartment will feel like a palace to a dog of this size. Many older folks love the fact that Pomeranians can easily live in more compact condominiums or apartments and keep them company. Naturally, the smaller your apartment the more you will need to take your dog outside. Having a small dog is not a “get out of jail free” card for daily exercise.

You should also be aware that your dog will still need its own space from time to time. Make sure to give your dog a designated area where they can retreat to and take a break from all the cuddles you are bound to hand out.

3. They are Highly Intelligent

An awesome pro of Pomeranians is that they are incredibly smart and this makes them very easy to train. They are popular show dogs as they follow commands and quickly pick up new tricks. Their fiercely loyal personalities make them extra lovable but they can also be surprisingly independent for such a small dog. If you train and condition them from an early age they can learn a whole host of words and commands. According to studies, they show the same level of intelligence as a toddler of around 2.5 years old. This means they understand words, commands, emotions, and hand signals. They are also very intuitive and will learn to understand your emotions and read your behavior. Don’t be surprised if they are extra loving when you are feeling a little blue!

Cons of Owning a Pomeranian

1. Grooming Can Be a Headache

Pomeranians are adored for their over the top fluffy coats but those coats don’t tend to themselves. They shed quite heavily and their coats need to be brushed daily during shedding periods, a con of Pomeranians. Their thick double coats are prone to matting that can cause a range of skin ailments such as skin yeast infections.

To avoid this, they need to be brushed at least every second or third day and you should apply a coat conditioner to keep them in tip-top condition. You should also clean around their eyes daily as the moisture from their eyes cause tear stains. Debris gets caught in the damp fur and discolors the coat around their eyes quickly.

Taking them to a professional groomer ever so often is a good practice as groomers can make sure your dog is fully clean and happy. Their unruly fur can disguise a host of problems on their skin and the groomers can identify these too. They will also need regular dental care and you can consider applying a paw wax to protect their delicate feet from abrasive surfaces.

2. A Small Dog With a Big Bark

These tiny pooches have a reputation for their vocal abilities. They are keen watch-dogs and even while sleeping they are acutely aware of their surroundings. The slightest movement around them might startle them and illicit a bark or 5. They bark for food, they bark to say high, they bark to say “stay away”… It’s safe to say, they bark a lot. This needs to be embraced and not punished as it is their way to communicate. Thus, living in close quarters might prove difficult if your neighbor does not take kindly to little dogs.

3. They Need To Be the Alpha

Pomeranians may be small in stature but they have a big personality. They show behavior more common in larger breeds, most probably because their ancestors weighed upwards of 30 pounds. Basically, it’s in their blood. Despite their size, they try to become the alpha amongst other dogs and this can quickly put them in a volatile situation, a major disadvantage of Pomeranians. Be it strange dogs or even your other pets, Poms can be bossy and other dogs quickly get tired of that. They aren’t aggressive but they do have feisty character traits that can lead to a scuffle with bigger dogs. This is very dangerous for a toy dog as even a slight nudge or tumble can hurt them severely.

It is important to socialize them with many different dogs from an early age and keep a close watch on their behavior. You should be able to easily remove them from any potentially dangerous situations.

Pomeranians are not a cheap breed. They average around $1000 but when buying from a very reputable breeder you could pay $3000 or more. Let’s not even talk about the prices for show dogs! After buying your dog there are a few additional costs you need to factor in.

As we mentioned, your dog will have to frequent the grooming salon and this needs to be within your budget. They also suffer from a few health issues if you don’t buy your dog from a reputable bloodline. They are prone to canine cataracts that can cause blindness if left untreated. A luxating patella can also cause severe pain in your dog’s knee joint and it may need surgery at some point. Other common health issues include a tracheal collapse, gingivitis, and alopecia. Despite all of this, you are guaranteed to save on the cost of food as Pomeranians only eat about ½ a cup per day!

I hope that this article on pros and cons of Pomeranians was helpful. If you are interested, visit the Dog Category!